Can You Vape CBD Tincture? The Do’s & Don’ts of Vaping Cannabidiol

The best cannabinoids for colon cancer

Which Jobs Do the Most Drug Testing for Weed?

How Many Drops Of CBD Oil Should You Take? CBD Dosage


Will we see a bottoming of marijuana prices in 2023? 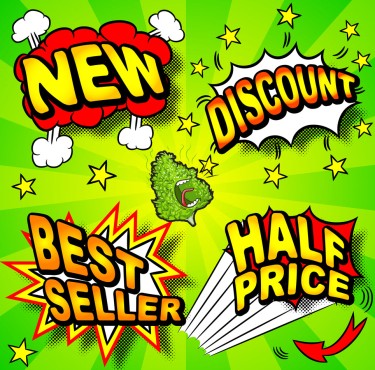 The supply glut is the symptom, and until the industry recognizes and focuses on the cause, they won’t be able to arrest the problem

Every day for several weeks now, news media outlets, from Forbes to the Washington Post, reveal the breaking news that marijuana prices are crashing, largely placing the blame on excess capacity.

The writers often seemed surprised, but the truth is that this has been brewing for several years. The cannabis industry is populated with people who often don’t understand the fundamentals of business and do not grasp the industry construct of cannabis. The industry functions differently than most any other—it is the only industry where state regulators have banned interstate commerce. As a result, supply gluts in one state drive prices down while supply constraints in another keep prices high. Just look at Massachusetts (experiencing a price crash) and New York (a newly opened shop had a line nearly completely encompassing a New York city block, link via NY cannabis attorney Jeffrey Hoffman).

So, what is behind the price crash? It isn’t the supply glut. The supply glut is the symptom. Until the industry recognizes and focuses on the cause, they won’t be able to arrest the problem. I recently heard of a successful Massachusetts cannabis entrepreneur who cashed out early and big, and is now trying to raise $20 million to start an indoor cultivation operation in New York. Lightning doesn’t always strike twice though, and as we have noted in past articles, as time passes by, we are that much closer to the first Armageddon—interstate commerce.

But let’s look at why prices are crashing, focusing on the market I know best: Massachusetts. There are two driving factors and for today’s discussion—let’s start with need.

The state’s regulator has never informed the market how much product is needed, or reported a full spectrum of data on production capacity. Effective regulators should be tracking and publishing how many grams of flower (including flower equivalents such as vape cartridges, oils, infusions, etc.) grams are being sold in the market. That data should be easily estimated as every state employs a seed-to-sale tracking system and should be publishing how much flower (or flower equivalent) has been sold at retail, and based upon plant counts and harvests, how many grams of flower are held in supply chain inventory. Reporting these valuable statistics would allow the industry to know how much flower is needed to fulfill demand and how much inventory is available or needed in the supply chain. In business-speak, this is referred to as demand planning.

The second reporting metric is production capacity. This includes how much canopy space has been licensed and is operational, how many plants are being reported in that canopy space, and, based upon past local industry performance, average yields to be expected from those plants. The regulator could also disclose how many square feet of canopy have been applied for and have (a) reached a provisional license but not a final license, and (b) have submitted an application but have not achieved a provisional license yet.

No one I have spoken with seems to have a clear understanding of how many square feet of canopy is needed to serve the state’s demand. How much canopy has been licensed is attainable through the state’s open data platform with a bit of spreadsheet work, but canopy for provisional licenses is not disclosed nor is canopy for applications. That means new applicants are flying blind as to whether the market has room for another entrant.

As a result, cultivators charge forward not understanding when supply and demand are likely in balance, or when that balance already occurred.

The actual culprit is the overhang of shadow cultivation canopy. Let me explain …

It can take months, if not more than a year to go from getting started finding a location and securing municipal approval to applying for a license. The license process takes months and then comes the buildout. Cultivation operations are complex and take a long time to complete. From project conception, to authorization, to commence operations can easily take two years. As a result, when supply and demand come into balance, there will be a backlog of applications to be processed, licensees building out facilities where they have yet to start growing, and new grows that have not reached their first harvest. And if that happens, just like the federal government typically calls a recession about eight months after one starts, the markets won’t realize supply and demand are in equilibrium until at least a year after it happens. Over-capacity seems inevitable. If those prior two sentences sound familiar, thanks for being a regular reader. That is from our February 2019 column. It took three years to get to that point here in Massachusetts. Newly opened markets like New York could reach that same place within 18 months.

During the winter months we will read about multi-car pile ups on American roadways. The underlying cause is often cited as ice or fog or reduced visibility from snow. The cause isn’t the weather, but rather vehicles driving faster than the distance the driver can see ahead. As a result, when the driver finally sees the plethora of brake lights coagulated on the roadway, it’s too late to stop and the vehicle slams into the pile in front.

Excess supply is not the cause, it is a symptom. The cause is the market not realizing when there is enough production capacity available and so the industry continues to roll forward until prices crash. By then it is too late.

Over-capacity is inevitable. And until the regulators start supplying the market with critical data, investors will keep funding cultivation capacity until each state has its own local price meltdown.

The losses in cannabis will be huge over the next two years. That doesn’t mean run from the market. But it does mean to adjust your strategy to benefit from the mayhem and over capacity. Fortunes will be made and lost. You just need to decide which side of the coin you’ll be on. 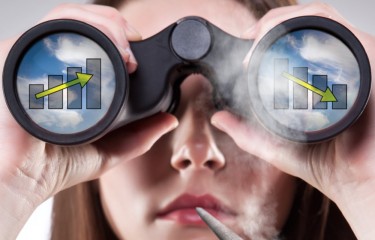 THE CANNABIS TRENDS OF 2023 TO WATCH OUT FOR, READ ON!

Previous Is the US Cannabis Industry Just a Front for the Russian Mob?

Next Wedding Cake Delta 8: Have Your Cake & Enjoy D8 Too!

When you’ve got a cannabis credit union in your corner, nothing seems impossible. Despite Canadian cannabis legalization, banking for cannabis producers and operators is still a struggle. That’s where Community Savings Credit Union has stepped up. With seven branches in British Columbia, they’ve won two awards from the Canadian Marketing Association for cannabis advocacy. Specifically, …

“It’s going to be a very interesting year,” says Brightfield Group’s Managing Director, Bethany Gomez. With sales expected to hit $8.8 billion by 2027, the Canadian cannabis market is on fire. Thanks to consumer demand, large LPs have mostly abandoned the “sea of green” monocrop concept and have narrowed in on premium flowers. The CBD …

Future Adults will mostly smoke weed according to current trends   While alcohol still dominates the world market as the “recreational drug of choice”, it might not hold its position over the coming decades. According to recent data, “young adults” prefer smoking weed over drinking alcohol with young women being one of the primary factors …

Happy Danksgiving! And yes, that’s not a typo, it is an actual holiday. If you haven’t heard of it but think it’s related to Thanksgiving, then you’re on the right track. We may have already celebrated Thanksgiving here in Canada, but American Thanksgiving is just around the corner, and that means you’re about to get …