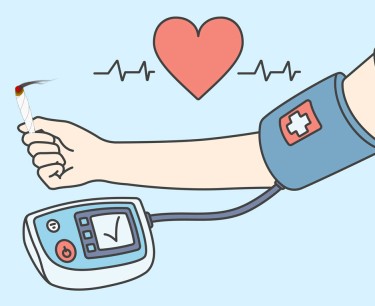 High blood pressure is one of the most common conditions afflicting older adults globally.

Also known as hypertension, experts say that around half of the American population has this condition. But many do not even know they have it – that’s why it’s also called the silent killer. When left untreated, this can cause strokes, heart attacks, and other health problems. Adults with hypertension need to take medications to help keep it down, and make serious lifestyle changes.

However, compounds in cannabis can help you live a healthier lifestyle and reduce high blood pressure.

A 2021 study out of the Ben-Gurion University (BGU) of the Negev in Israel, as well as its affiliate, Soroka University Medical Center, sought out to analyze the effects of THC on older adults with hypertension. They studied participants aged 60 and up who were already diagnosed, and they were then given cannabis. Patients were monitored using 24-hour blood pressure devices. They were also asked to undergo blood tests, ECGs, and changes in body measurements before and after they medicated with cannabis.

“Older adults are the fastest growing group of medical cannabis users, yet evidence on cardiovascular safety for this population is scarce,” says Dr. Ran Abuhasira. “This study is part of our ongoing effort to provide clinical research on the actual physiological effects of cannabis over time.”


After medicating with THC, researchers found a significant reduction with both systolic and diastolic blood pressure values within 24 hours. The most significant results were found three hours after cannabis was ingested either by smoking or oil extracts, especially at night.

“Cannabis research is in its early stages and BGU is at the forefront of evaluating clinical use based on scientific studies,” explains Doug Seserman, Ben-Gurion University’s chief executive officer of American Associates. “This new study is one of several that has been published recently by BGU on the medicinal benefits of cannabis,” he adds.

THC has been shown to temporarily increase blood pressure even in healthy individuals, so scientists are still unsure of what causes some people to experience temporary increases while others maintain healthy levels of blood pressure.


For example, in a 2021 study by investigators from the Florida International University’s Herbert Wertheim College of Medicine analyzed the link between cardiovascular disease and cannabis use among almost 57,000 adults. They adjusted for confounders including alcohol use, tobacco use, and body mass index. The researchers also found no independent relationship between cardiovascular disease and cannabis consumption.

Cannabigerol (CBG), for one, has been shown to be promising. A new study conducted by Penn State College of Medicine researchers, and published in Frontiers in Psychology, revealed that CBG was effective in producing significant decreases in blood pressure. Researchers analyzed mice models who were injected with either a saline solution or CBG. “Acute CBG administration elicits a significant decrease in blood pressure in phenotypically normal male mice, without altering heart rate or locomotor activity,” they wrote.

“The present study provides new mechanistic insight into the cardiovascular effects of CBG in the context of normal blood pressure,” they concluded. “Overall, these findings add to the growing literature regarding the role of cannabinoids in blood pressure regulation. Additional research on CBG is needed to define the precise molecular mechanisms and sites of action, effects of more chronic administration, and potential for therapeutic use to lower blood pressure in models of hypertension.”

In a 2019 article in Yahoo, they interviewed Dr. Matthew L. Mintz, MD, FACP, a primary care physician and internist at Bethesda. “Animal studies have shown that CBG stimulates receptors involved in pain and heat sensation and can also stimulate a2-adrenergic receptors in the brain and blood vessels, which are involved in blood pressure regulation,” he told Yahoo. “Thus, CBG might have a role in blood pressure regulation and pain. CBG may have some anti-inflammatory properties as well,” he adds.

In a 2017 study conducted by researchers from the University of Nottingham, 9 healthy male subjects were analyzed after being given a single dose of either 600mg CBD orally or a placebo. They found that this dose was effective in deceasing resting systolic blood pressure as well as stroke volume. “Our data show that a single dose of CBD reduces resting blood pressure and the blood pressure response to stress, particularly cold stress, and especially in the post-test periods. This may reflect the anxiolytic and analgesic effects of CBD, as well as any potential direct cardiovascular effects,” reports the authors.

Earlier this year, Lexaria Bioscience commissioned a study to determine the efficacy of DehydraTECH-CBD, a cannabis-based treatment that they developed for treating pulmonary hypertension. They found that it was effective in reducing pulmonary artery pressure among healthy participants who were made to experience low oxygen levels, which results in pulmonary hypertension symptoms. Specifically, they found that symptoms decreased by 41% overall among male subjects, which revealed there are differences in gender responses when it comes to drug efficacy.

If you have high blood pressure but are interested to medicate with cannabis, be sure to reach out to your doctor. They may be able to prescribe cannabinoid-based medicines that can help you, instead of self-medicating.

WEED AND BLOOD PRESSURE, READ ON… 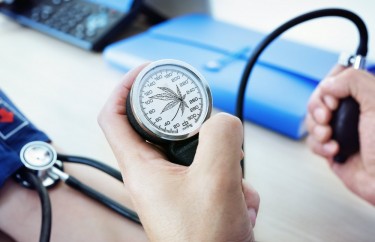 Next Legalization Has Lead to More Cannabis Consumption, But Also Decreased Consumption of Almost Every Other Drug

Does the US Have an Efficient Cannabis Market Already?

Guess How Many Illegal Cannabis Grows There are in California?

The Answer Is No One Knows How Many Illegal Grows There are in California   As of 2013, illicit marijuana cultivation was quite a destructive force on the environment in California which led state water regulators to conclude they had to become bold/strict in enforcing laws. For that, they would need to know where cannabis …

Seaweed: A Potent Superfood Fertilizer For Marijuana Plants   Seaweed is one of the healthiest and tastiest ingredients used in cuisines around the world.   It’s a potent source of many nutrients for us: iodine, B vitamins, vitamin K, iron, zinc, and even antioxidants – all of these offer tremendous health benefits for us.   …

How to Use Cannabis for Workout Recovery

It seems we regularly hear that we need to exercise more. However, it’s challenging to feel motivated when our bodies are achy and sore. Taking care of our body post-workout can make it easier to stay engaged with fitness and keep us motivated — and cannabis can help. Learn how to use cannabis for workout …

Most people enjoy their cannabis by smoking, vaping, or taking an edible. Why not try using your other senses? Now, there are proven benefits from smelling cannabis — specifically inhaling the plant’s aromatic and flavorful terpenes. Let’s explore the benefits of cannabis aromatherapy. Aromatherapy is the ancient practice of healing with the scents of essential …

A wrongful arrest due to cannabis isn’t unheard of. A Staten Island cop kept planting cannabis in people’s cars despite the NYPD clearing him of any wrongdoing. In Canada, police use various tests to decide if your driving is “impaired” by cannabis. But, of course, as anyone can find out through three seconds of research, …