The Origins of Skunk – Roadkill, Uncle Fester, and Sam in the 60s 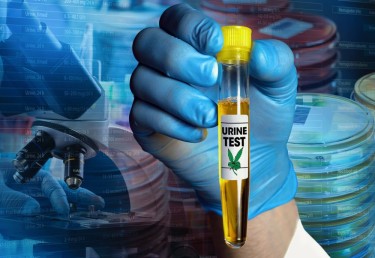 According to a recent federal labor study, states have gradually ended marijuana prohibition, which has resulted in a significant decline in workplace drug testing rates over the past 25 years. The data also shows which industries are testing employees for drugs the least and the most.

The related report was released by the U.S. Bureau of Labor Statistics (BLS) earlier this year. It was discovered that in a small number of organizations, drug and alcohol testing for employees had been suspended or put off during the COVID-19 outbreak. The report is a component of a project that evaluates how businesses are handling the pandemic. Since 1996, the workforce fact-finding organization doesn’t appear to have questioned businesses about drug testing.

Since then, more than a third of U.S. states have approved cannabis for adult use, and roughly three-quarters of all states have authorized cannabis for medical use. According to the survey, states that have chosen to legalize have a lower prevalence of drug testing overall.

Workers in safety-sensitive fields like warehousing and transportation were more likely to be tested than those in other areas like educational services, arts, and food services, as might be predicted. A 1996 survey of all workplaces found that approximately 30% tested for drugs and approximately 14% screened for alcohol. According to the latest study, 16.1% of respondents test for alcohol and drugs.

Over 80,000 workplaces nationwide responded to the survey in a meaningful manner (i.e., with replies to at least 5 of the 25 questions), and it was distributed to approximately 317,000 establishments nationwide. Employers were asked to respond to questions online and with no interviewer present, in contrast to the majority of past BLS surveys.

In two of the survey questions, testing for drugs and alcohol was discussed. One inquired about drug testing for prospective hires or present personnel, and the other focused on whether testing had been scaled back or postponed since the pandemic’s start.

In a statement, BLS research economist, Michael Dalton who worked on the survey, said that he was motivated to push for the inclusion of the drug-screening questions for employers after reading media reports that some businesses had stopped testing workers and job applicants to make it simpler to fill open positions.

Dalton stated that the deduction from what he read is that, there were only a few anecdotal stories. He added that they didn’t have new data about drug testing, which was part of where it met a brick wall.

The results, which were broken down by state, business sector, and facility size, did nonetheless shed light on tactics used by private employers across the nation.

SUMMARY OF THE SURVEY

The study defines establishments as distinct physical places rather than as commercial organizations, so for the survey’s purposes, a company with an office in two different states would represent two unique establishments, each of which would be required to submit a questionnaire.

Dalton expressed his anticipation that upcoming reports will enable analysis by overall firm size. The researcher added that they also have estimates that are not yet publicly available when we look at the average wage earned within the establishment.

One of the stronger correlations the poll discovered was that businesses in states where cannabis is legal seemed to be less inclined to screen employees. The majority of states, eight out of ten, have passed legislation legalizing cannabis for adult use. However, none of the ten states with the highest testing rates have legalized cannabis.

Of course, it is difficult to infer any causality from the data at hand. It’s possible that legalization led to a decrease in the number of employers who decided to conduct background checks, but it’s also probable that underlying personal perceptions of employers towards individual freedom, privacy, or drug use while not on the clock, for example, helped to spur legalizing marijuana and comparatively low testing rates.

As a result of the persistent federal ban of cannabis, significant disparities were also observed amongst industry sectors. Testing rates were significantly higher than average in the utility sector and the warehousing and transportation sectors. The only industry in which more than half of enterprises claimed to conduct drug screenings was transportation and warehousing, which also includes the federally regulated trucking sector and other businesses.

The industries with the lowest testing rates were financial activities, information, arts, entertainment, and recreation, as well as lodging and food services.

During the pandemic, more employers in the utility industry cut back on drug testing compared to any other industry, but that doesn’t mean they stopped completely. The industry also had the largest percentage of businesses that reduced or postponed testing while still testing potential new hires or present personnel.

Drug testing decreased during the epidemic, but Dalton claimed it was too soon to say if the decline would last after it. While many of the workplace changes brought on by COVID may eventually disappear, he noted that other changes are unlikely to be completely undone. For instance, when BLS inquired about remote work during the pandemic, approximately 20% of all companies reported they increased telework and expect such increases to persist later. 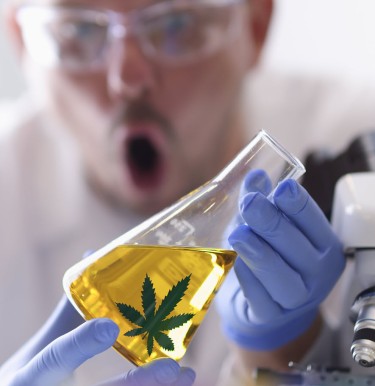 Previous Weedmaps Is Getting Stiffed By Over 500 Non-Paying Clients

What is Ego Death? – A Look into a Popular Reason Why People are Taking Psychedelics

Kratom and Cannabis – What are the Similarities and Differences Between the Two Plants?

Should we consider cannabis as a “low-key psychedelic?”   I’ve been smoking cannabis for roughly 20-years now and I definitely would classify cannabis as a “psychedelic”. If you’ve ever “greened out” from consuming too much cannabis edibles – you probably too can attest to the psychedelic nature of cannabis.   Of course, unlike classic psychedelics …

Our knowledge of human disease and its connection to the Endocannabinoid System has grown over three decades as science connects the dots. Adding to this, a genetic failure within the production of 2-AG causes a deficient endocannabinoid system in children. Now known as NORDS, the clinical syndrome includes several unique symptoms. (1) An endocannabinoid explained …

Cannabis Skunky Smell & the science behind it

Have you ever wondered why weed smells like, well, skunk? Researchers recently uncovered the science behind cannabis and its skunky smell. Even though cannabis is increasingly becoming legal in more countries, we didn’t know the reason behind its smell — until now. Before, many speculated that the skunky smell came from terpenoids, a compound found …

Is it possible to rebuild Lytton with BC Bud? On June 30, 2021, a wildfire swept through Lytton, British Columbia, destroying most of the town’s infrastructure and homes. The entire village was evacuated. When the ashes cooled, villagers found that 97% of the town had vanished. Two people died during the wildfire. The B.C. government …