Holiday Cheers To The New CBD Laws in California


Numerous sensations can result from the use of cannabis. However, one of the most apparent effects of cannabis is how it alters our thoughts. It’s no surprise that when we consume marijuana, our cognitive patterns change, which can result in all kinds of strange thoughts. Most stoners are aware of this, but why does it occur?

We examine why this phenomenon happens, what thoughts it can trigger, and how long it lasts.

What are “High Thoughts”?

High thoughts – how we think and feel when we are all high on cannabis, can catch us off guard with their abrupt shifts. High thoughts might be hilarious or ludicrous, innovative or seemingly creative, or simply gloomy and dangerous. While these various cognitive patterns might manifest in unpredictable ways for individuals. However, they are primarily due to how THC and other cannabis components affect the brain.

Why Do We Think Differently When We are High?

When we use cannabis, cannabinoids like THC and CBD activate our endocannabinoid receptors. This accounts for the majority of cannabis’ many effects on one’s body and psyche. THC, the major psychoactive component of cannabis, significantly impacts cerebral blood flow to some brain regions.

In a particular study, researchers discovered that after consuming THC, blood flow increased in numerous brain parts. They hypothesized that the mental and behavioral alterations caused by cannabis intoxication were caused by heightened cerebral blood flow and functional activity in specific brain areas.

Previous research by the same authors indicated that cerebral blood flow correlates more significantly with cannabis impairment than the level of cannabinoids in one’s bloodstream.

The frontal region of the brain, responsible for some essential brain activities, demonstrated the greatest elevations in cerebral blood flow after THC use. Usually, the frontal lobes are thought to be in charge of our level of wakefulness and vital cognitive functions such as synthetic reasoning, abstract thought, organization of independent behaviour in space and time toward future objectives, cognition, sensory data processing, volition, and motor activity initiation.

Considering the frontal lobes are in charge of all these critical thinking processes, it’s not surprising that increasing blood flow and functional activity to that portion of the brain would result in dramatically diverse thoughts. However, the frontal lobe is not the only portion of the brain that contributes to excessive thinking. The insula, involved in sensory impressions such as taste and flavour and moderating stress-induced cardiovascular responses, experienced significant increases in blood flow.

Researchers also discovered that the right hemisphere involved with emotion mediation was significantly more engaged than the left. The cingulate cortex, which again exhibited strong connections between increases in cerebral blood flow and self-reported THC impairment, is thought to mediate the interplay between sensory information, pain, and emotions.

One thing to remember is that while acute THC ingestion appears to be associated with increased cerebral blood supply and hence with changes in how we think, these alterations in brain function are only transient. On the other hand, preclinical research reveals that following prolonged THC ingestion, there may be lower blood flow and neuronal activity in some parts of the brain (particularly the ventral and dorsolateral prefrontal cortex), and these alterations may be detrimental rather than beneficial.

What are Some Usual ‘High Thoughts?’

When we get high, our thinking might change in various ways. The following were the most often reported alterations in the survey concerning how it feels to be high:

However, some subjects did suffer undesirable side effects and experiences, such as:

How Long after Using Marijuana Do You Usually Experience ‘High Thoughts?’

In research on how cannabis affects mental functioning, most brain regions exhibited substantial alterations 60 minutes after consuming low doses of cannabis. However, for higher cannabis doses, there were alterations after 30 and 60 minutes, with the apex changes occurring at 30 minutes.

The level of influence varies from person to person, and some claim that it takes longer or shorter for them to feel the high.

The method of consumption can also influence timing, with vaporized or smoked cannabis and new rapid-acting edibles affecting people faster than traditional edibles.

High thoughts can also differ among individuals, but the mode of consumption is the most crucial determinant of how long they last.

Traditional edibles, for instance, have a far longer shelf life than other methods, such as vaping or smoking. As a result, food things create a wider window for high ideas to arise. In most circumstances, high thoughts should fade after the maximum THC levels in the brain have passed. However, the residual impacts of edibles have been reported to persist for up to 12 hours or more.

According to anecdotal internet anecdotes, symptoms lasting 24 hours are rare. Still, they can occur, and it’s commonly referred to as a “weed hangover.” And while it is uncommon, it can happen, especially in persons with unique THC metabolism or following a high dose. However, once you’re no longer inebriated, the high thoughts should disappear.

Cannabis has also been linked in rare cases to periods of psychosis that are more prolonged than the time of intoxication but tend to diminish if cannabis consumption is discontinued. Sadly, these episodes are linked to an increased risk of developing schizophrenia later in life. While scientists do not truly comprehend this connection, there is cause to be cautious if you have had similar experiences.

Depersonalization is a rare and poorly understood phenomenon that might occur in certain persons after taking THC. Any lasting change in the emotional state following consumption should be considered carefully, and the advice of a mental health expert is recommended.

It may take a few tries to find the right dosage where there is no tension or anxiety, but once you do, when the brain is really savoring the high, a lot of interesting things start happening. High thoughts might be hilarious or ludicrous, innovative or seemingly creative, or simply gloomy and dangerous. But the feeling is most pleasing when the dose is right.

THE WANDERING MIND ON CANNABIS, READ ON… 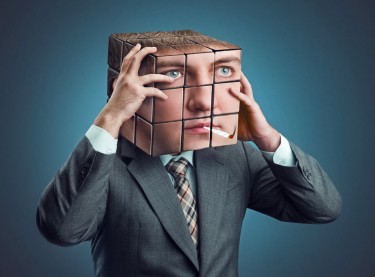 IS CANNABIS REWRITING YOUR PERSONAL HISTORY WHEN HIGH?

Next The Old 'Mice Ate 1,100 Pounds of Marijuana in the Police Station Evidence Room, Again', Excuse.

While the Biden administration investigates marijuana’s federal scheduling, a bipartisan group of congressional members is urging the president to openly support outright legalization. Recently, a letter which is slated to be addressed to President Joe Biden and key cabinet officials was obtained by Marijuana Moment.   The Congressmen stated in the letter that while they …

Trial of the Plant? – Why South Africa’s Cannabis Court Case Is Captivating the Marijuana Industry

Victory will be an incredible legacy to the unfortunately deceased Julian Stobbs. The cannabis judgment in “Trial of the Plant” might be the most significant in Africa. According to the Soweto Cannabis Alliance Forum’s chairperson, Dikeledi Matla, “one success will instantaneously trickle down to all, and they are keeping a careful eye on it.   …

What can we expect with holidays and cannabis sales? Halloween is behind us, but up ahead is Green Wednesday, the American Thanksgiving, and then it’s Christmas. According to Headset data, Christmas is the most important holiday for US cannabis retailers. In 2021, December 23rd ranked the fifth-highest day of the year’s cannabis sales. Compared to …