Marijuana and Autism: A Complete Guide 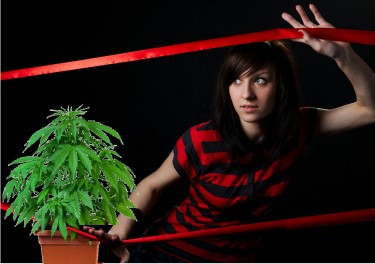 When places like Oregon, Colorado, Washington and the likes legalized cannabis, they were seen as pioneers. People flocked from all over the world to purchase and smoke “legal weed”. However, now after a decade, the market is saturated and the amount of cannabis being produced far outpaced the demand for the cannabis.

As a result, some legacy license holders are calling to regulators to “cap” the market to stop the prices from plummeting, making it difficult to keep businesses open.

Of course, not everyone agrees about this, but let’s take a closer look at this story and discuss what the optimal solutions might be.

Marijuana growers in those states and others in the industry are appealing to their regulators and lawmakers to help cultivators struggling financially because of overproduction of flower and depressed prices on the wholesale market.

Basically, over the past ten years – these companies jumped through a bunch of hoops in order to be legally allowed to sell to customers. However, as more states legalized and more companies were granted licenses. They began to see an influx of production and at one point, the production outpaced consumption.

What happened as a result was a steady decline in the wholesale price of cannabis. However, due to high costs of operations, this is negatively impacting the bottomline of the companies.

Yet, calling for a “halt” on new licenses isn’t sitting well with everyone.

“We cultivate and certainly want to see the free market do its work,” said John McLeod, co-founder and head of markets at Cloud Cannabis Co., a vertically integrated cannabis company based in Tory, Michigan.

“We think that people putting out the best product will be able to be successful. But we also don’t want to see people fail.”

This is certainly a “Free market approach” and what the other license holders are activating is for the government to control the market. In Oregon, this happened first in 2019, but this was not due to over production but rather a backlog they had in licenses.

In November 2021, this “halt” on licenses was over, but now the coalition of producers are calling for a halt until 2024 on new licenses to deal with the production issue.

“This time around, the issue is more of what can the market bear?” Pettinger said. “We have considerably more producers now than we did back then.”

The problem with this is that even if you put a pause on the licensing, there is an over production issue mainly due to the federal illegality of cannabis. The overproduction issue is also present in places like California, that would be able to supply to the rest of the states if it wasn’t prohibited by Federal Law.

The main reason why the wholesale price crashed is because producers are outpacing demand. There is a finite amount of cannabis consumers in any given demographic. Due to the illegality of inter-state commerce, this means that when a state reaches the “consumer threshold” the weed they have goes into vaults.

Also, since there are limited people these producers can sell to, they are stuck with the crop, which just makes them lose money. Also, degradation takes place when cannabis is stored too long, and it loses its value.

The main reason why the prices are crashing is;

While capping the market might deal slightly with the production element, it doesn’t solve the problem. What would certainly solve the problem is if these states could sell to other states and to businesses who might want access to this cannabis.

For example, if Pharmaceutical companies could purchase this cannabis en masse then you’d have additional revenue streams. Yet over regulation makes it difficult for these cannabis producers to unload their crops.

In fact, it’s not only an issue of over production, but over regulation that is causing these markets to crash. License holders have to pay exuberant taxes on their crops and licensing fees, which made sense in the beginning of legalization – but now, after 10-years, needs to be renegotiated.

California for example, over taxes their legal market. This in turn incentivizes illegal growers to compete with the legal market which then becomes more  appealing to the consumer since it’s far cheaper for virtually the same product.

The consumer prefers to buy the black market weed irrespective of it being tested by regulators. Why? Because the value of their money has declined steadily over the past two years.

Ask yourself, how much more could you buy with $100 two years ago than today? If you’re being honest, you’d see a drastic decline in purchasing power.

This means that when it comes to economic motivations, the consumer will rather risk mold over spending more money on something they will smoke away.

Therefore, if you were to reduce the tax burden on the companies, open up inter-state commerce, you’d essentially resolve the problem in a matter of a few months.

When you cap licenses, you’ll cap innovation and try to game the market. Historically, this doesn’t fair well for innovation. It makes sense that legacy producers want this, they have invested a lot of money into the industry and for a while gained a decent return on investment.

But now, with newer companies coming into the market, with newer markets coming available – places like Colorado becomes less enticing to tourists. For example, people in Texas would rather travel to New Mexico than Colorado due to proximity.

The Colorado tourism industry has seen a decline in visits from out-of-state-stoners, mainly because they have more options now.

What does this mean for these places?

They’ll need to innovate and create a more appealing offer than the competitor states. The problem is that Colorado is a small state compared to many others, meaning that they can be “outgrown” easily.

However, licensing restrictions will only hurt entrepreneurs who want to break into the market and would foster this climate of “Prohibition 2.0” – where industry is trying to secure their position within the market.

In the US, the idea of free market competition is what makes it so grand. By trying to control the market, you’re only incentivizing the black market to compete – and after 55 years of prohibition you can bet on the fact that the Black Market will most certainly do just that.

The best steps forward would be to pressure the federal government to remove interstate commerce barriers, to reduce excessive taxation, and to create a two tier cannabis program as I discussed in this article.

If the government tries to over regulate the market, they will only incentivize organizations such as drug cartels to begin illegal grow operations and compete directly with the legal marketplace.

When things get difficult, innovation is the only way to move forward. If there’s an issue with oversupply, instead of trying to control the supply – figure out new ways on how you can unload it. If you can’t sell it to people, sell it to industries that want to infuse their products with cannabis, allow pharmaceutical companies to buy up as much as they want – innovate, don’t clamp down!

Personally, I find that these legacy companies calling for “license caps” are the ones you should not shop at. It means that they don’t really want to fight to be relevant, to be the best. They are okay with the mediocre way of doing business where they get to limit competition instead of being better than the rest.

Let the free market reign, this is what cannabis stands for…and even if you try to prohibit it…it will still continue to grow. 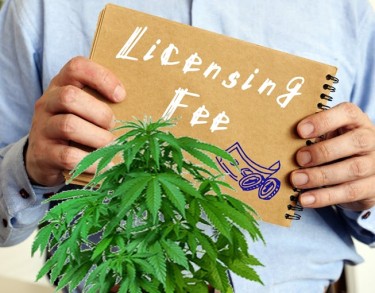 HOW MUCH DOES A CANNABIS GROW LICENSE COST?

Next Extracting Cannabinoids from Cannabis Smoke?

Which Jobs Do the Most Drug Testing for Weed?

Cannabis News from Around the World   Costa Rica Offering Free Hemp Licenses   A new law that was enacted early in September ensures that hemp licenses will be free of charge in Costa Rica, reports the Costa Rican News. These are the first measures that have been given the green light by President Rodrigo Chaves …

The End of CannaBro Culture?

A court filing recently revealed that Ignite International Brands Ltd., a Canadian cannabis company run by Dan Bilzerian, a U.S. social-media influencer, is under investigation by the U.S. Securities and Exchange Commission (SEC). The company is said to be facing a civil and criminal investigation for fraud in the U.S.A as well as a regulatory …

King’s College London Begins 6,000-Person Study on Cannabis andMental Health   An academic institution in London has begun a £2.5 million investigation into the impact of marijuana on the brain. One of the top 10 colleges in the U.K., King’s College London, recently declared that it was about to commence research on how cannabis affects …

The names of the 14 retailers suing the BC government are now known. Earlier this week, a group of anonymous cannabis retailers filed suit against the BC government over the government’s failure to enforce cannabis regulations. While city-based shops enjoy a steady stream of customers, rural areas are affected by unlicensed shops on Indian Reserves. …

This Christmas, let’s go back to the old ways… we should all do some mushrooms. After all, it’s an ancient tradition. That’s right. A lot of our Christmas traditions honor the use of psychedelic mushrooms and the proof is visible throughout our current customs. But, it’s not about getting high. There is a deeper meaning …

CBD Stores and Vape Shops are Booming in California