When Will We See a Bottom in the Cannabis Industry?

The Best Activities for Your First Psychedelic Trip

How Cannabis Affects The Brain 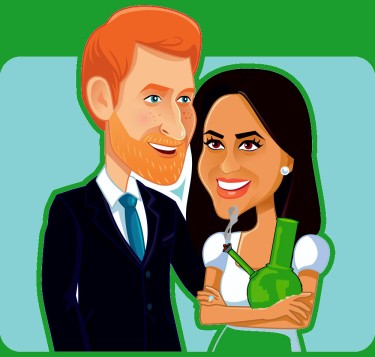 The hottest news in the world today revolve around two controversial people: Prince Harry and his wife, Meghan Markle.

In 2020, the two made headlines by publicly discussing their feuds with the Royal Family and coming out with documentaries as well as interviews detailing their numerous difficulties while there. In March 2020, they migrated to Los Angeles, California.

The headlines and commentary about the pair haven’t stopped, as Prince Harry continues to speak to the press talking about private details. He even came out with an autobiography called Spare, where Prince Harry talks about how he used psychedelics, cocaine, and weed.

After the book came out, people are bashing Prince Harry for his consumption of these drugs. His consumption of psychedelics and other drugs has become one of the most striking issues people have concerns with from his memoir. While there are those who are applauding his vulnerability and honesty as he came out to say that he used drugs to deal with grief, there are many who are lashing out. Some are even saying that his admissions of drug use was a risky thing to do, since it could jeopardize his life in the United States because the US Citizenship and Immigration Services asks potential migrants about their drug use, and denies those who have found to be addicts or drug abusers. While he is by no means an addict or an abuser, Prince Harry is a human after all – just like the rest of us, and likely experimented with drugs like many of us have to cope with hard times in life.

Yes, Prince Harry Used Drugs And Alcohol – He Is Human!

In addition, there is so much public attention surrounding the fact that Prince Harry disclosed during an interview on 60 Minutes with Anderson Cooper that he turned to psilocybin and ayahuasca to cope with mental health problems brought on by his mother’s death, which happened when he was only 12 years old.

“I would never recommend people to do this recreationally,” he told Cooper. “But doing it with the right people, if you are suffering from a huge amount of loss, grief or trauma, then these things have a way of working as medicine,” Prince Harry says.

He isn’t wrong: psychedelics are indeed valuable treatment for processing and dealing with grief, depression, and other difficult emotions. There are many studies out there to back it up, and psilocybin magic mushrooms are now well on their way to becoming mainstream drugs. Countless people are discovering the benefits of psilocybin each day, using them for various purposes including treating mental health issues.

Even ayahuasca, which people pay big money for as it’s therapeutic benefits are likened to that of 10 years of therapy in one weekend.  A recent study that was published in Psychopharmacology also expounds on how ayahuasca can help individuals deal with the pain of loss and grief. According to Dr. Debora Gonzalez, principal researcher of the study: “We found that ayahuasca eases the acceptance of a loved one’s death.”

“We found that having an experience of an encounter with a loved one who has passed away and being able to resolve the doubts and issues that were left pending and to establish a continuing bond, has a therapeutic impact on the grievers that is difficult to achieve with the techniques currently used in conventional psychotherapy,” Dr. Gonzalez says. “This type of experience tends to transform their view of life and death,” she adds.

Sure, Harry was also open about how he abused alcohol during these times, but why is that garnering so much attention? Surely, that’s how average people cope too – just because he’s royalty doesn’t mean he is immune from suffering and pain.

“It was obvious to us kids the British press’ part in our mother’s misery and I had a lot of anger inside of me that luckily, I never expressed to anybody,” Harry said during the interview. “But I resorted to drinking heavily. Because I wanted to numb the feeling, or I wanted to distract myself from how…. Whatever I was thinking. And I would, you know, resort to drugs as well,” he candidly said.

Cooper also asked Harry to explain further what the psychedelic drugs did to him. “What did they show you,” asked Cooper.

“For me, they cleared the windscreen, the windshield, the misery of loss,” explains Harry. “They cleared away this idea that I had in my head that – that my mother – that I needed to cry to prove to my mother that I missed her. When in fact, all she wanted was for me to be happy,” he says.

Whether or not you support Prince Harry and Meg, the attention surrounding his drug and alcohol use is unnecessary. There are many other notable details that people should be discussing, such as racism, the history of colonialism, and perhaps even abolishing the monarch entirely. It’s already 2023.

If anything, the fact that Prince Harry has become so open about his use of alcohol and drugs shows how normal he is. Just think about our very own lives and the troubles we have to face: Prince Harry has to deal with every single thing, magnified in the eye of the public. He should be given asylum and should not be punished for his use of drugs to deal with things that are only very human. 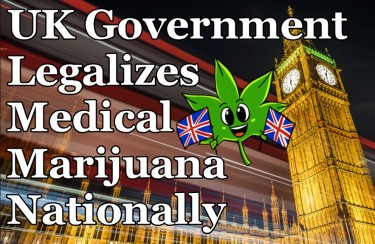 UK APPROVES MEDICAL MARIJUANA, BUT HOW DOES IT WORK?

Does Cannabis Speed Up or Slow Down Your Metabolism?

Stopping Cannabis Discrimination in the Workplace Starts with President Biden

The Pumpkin Bong – The New Way to Get High This Fall

Pumpkin Bong: Try This Unique And Fun Way Of Getting High This Fall   There is no other food that is more famous than pumpkins during the fall.   It’s associated with Halloween and Thanksgiving, making it one of the most festive icons of the seasons. But there’s more to using pumpkins than simply carving …

Two professors from Harvard Medical School combined their respective skills to find an optimal treatment for pain. Cannabinoids were initially absent from one researcher’s focal point, but CBD hit the correct targets for better pain management. An optimal pair of pain signals became central in their collaborative research, proving the promiscuous nature of CBD. Clifford …

Labs and regulators want to test cannabis for more and more contaminants to ensure a high standard in the market. These tests, however, despite their critical importance, are never perfect. A difficult battle exists while (trying to) prevent a wave of aspergillosis without killing quality produce. Overcoming this issue with more detailed lab results means …

Can You Smoke Magic Mushrooms?   Psilocybin is the word on everyone’s lips these days.   This amazing compound found in species of “magic mushrooms” is widely being consumed by everyone from young adults for recreation to moms, burnt out entrepreneurs, and everyone in between. After all, its health benefits are nothing short of miraculous: …

Trial of the Plant? – Why South Africa’s Cannabis Court Case Is Captivating the Marijuana Industry